Yeah, been ages since I've been here as my fannishness has been confined to Twitter. Just nothing enthralled me, fannish-wise, till I found Project Blue Book (on History Channel) this year. Actually penned one piece of fiction, which is at https://www.fanfiction.net/s/13429989/1/Road-Trip as well as https://archiveofourown.org/works/21396175. Gotta admit submitting fiction has changed quite a bit since last fiction post (2007!). Working on another larger piece which I hope to finish. I always get bogged down in research.

Winter's here. Well, the temperatures sure are even if it's not really here. I'm sick of it already!

If you see NO pictures on my LJ, it's because those bastards (too kind a word) at Photobucket are now holding photos hostage unless you upgrade to a pricier package, starting at 'cheap' fee of $60 a year or $400 if you want more. It's insane. I have HUNDREDS of photos on this LJ. This sooooo sucks. It's given me a headache so not sure what I'll do but I wanted to keep them for posterity which now is, well, held hostage by PB.

Finally backed up my LJ to Dreamwidth due to the Russian nonsense going on. Looks like posts and comments went over, but to read them all looks like it requires a LOT of hitting the Previous entries button. Is there a calendar feature like on LJ? Hmm, I see a learning curve here. Darn.

Meanwhile, I'm over at https://wraithfodder.dreamwidth.org/

Since I'm so bad at posting, not sure if I'll start keep stuff there or make sure everything is just backed up  there. Ummmmmm....

Was on Twitter when I tripped over posts such as http://www.metafilter.com/164293/LiveJournal-represents-social-media-without-borders talking about US/Russian stuff and Live Journal.

I do need to back up LJ. Eons behind on that. I hear Dreamwidth is good, but is there a way to backup everything, post, photos AND comments that other folk make?

Have to say watching the news these days is awful. I won't get into the political stuff with the presidency, but four years can't pass too quickly for me!

However, first George Michael, then Carrie Fisher? ARGH!! I hate to say it, but when a rock star dies young, it sometimes is not too shocking but 53 is far too  young these days. I enjoyed his music and have to say that Freedom and Wake Me Up Before  You Go are my favorites songs that he did. But Carrie? Sigh. When they said she'd had a heart attack on a plane and it was 15 mintues of CPR to get a pulse, it did not bode well. And older women, women of my age (she was just a few weeks older than me!) do not do well with heart attacks. Symptoms are different and outcome, alas, worse. So damned sad. Again, too young. I was hoping to see old and crotchety and writing a tell-all-book about her unrequited love for R2D2 ;) And that photo of her dog, Gary, on twitter, staring out a window waiting for her to come home. Made me sniffle up something fierce. He'll be taken good care by her family, but Gary's lost his mom and constant companion. :(

RIP Carrie Fisher. You were definitely a bright and unique light in the universe. 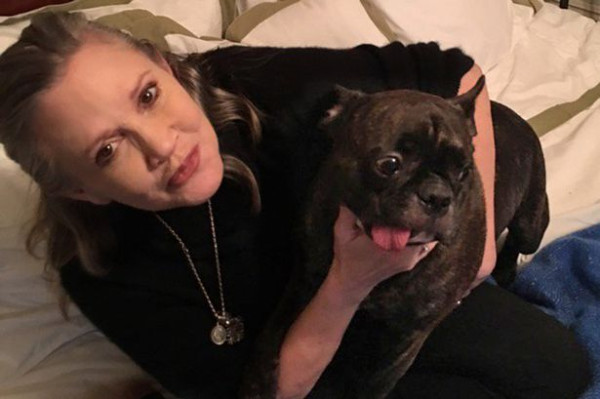 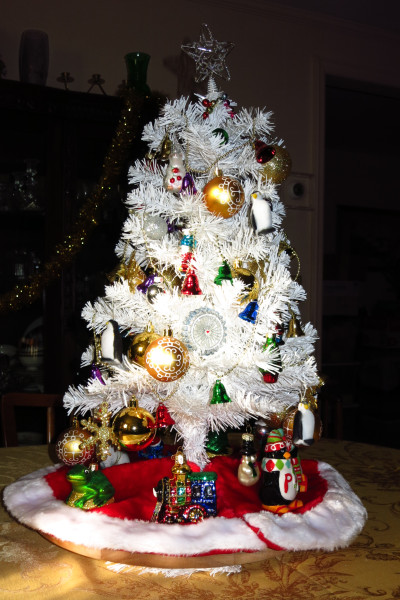 Did anybody else watch this SyFy series? I was very happy to see that this segment/series was actually limited run. They'll do another one Candle Cover: ______ I guess next year. This one was sufficiently creepy but not overdone in the horror/gore/ripping off limbs like Walking Dead department. Slow pacing, like the old days. Likeable cast, although I was sorry to see one character I like get stabbed to death by the murderous little children. Well done.

Still no show to get hooked on.

Meanwhile, wonder what I would have said eons ago had I known Harrison Ford and Carrie Fisher had had an affair back in the Star Wars days. As Carrie Fisher pointed, it's so old that it doesn't matter. Aiee, does that make me feel old! ;)

No new shows that scream "watch me". I'd say the closest, which I really hope to heck is a limited run x-amount of episodes, done, finished, etc. is "Channel Zero - Candle Cove". Sufficiently creepy, good actors and no whining teenagers. Alas, I'm tired of them, which is why I turned off "Aftermath" as I just don't have time to waste about angsty teen love or whatever. I do like "Timeless" but keep missing it or they pre-empt or I don't know what. I hope it gets renewed and gets a better time slot. I'm watching "Dirk Gently" but must admit, if not for the Corgi, I might not come back. The whole holistic assassin and nasty bloody knifings if a turnoff. If I want gore, I'd be watching "Walking Dead."

As for the presidential election, I opted to watch "The Exorcist" but fell asleep. Alas, when I woke up I went to turn off tv and then got smacked in face with news that THAT person won. Ugh. Sleepless night. I endured months of hideous, ugly, vile, lying campaign rhetoric, so I would sooner stick my finger in light socket than vote for a man who denigrates women, mocks the disabled, lies (easy enough to sort 'em out), etc. I don't know HOW the US ended with perhaps the two most reviled candidates in history, but we did. I've watched enough post-election news coverage (mostly foreign cuz I think CBS basically STINKS) to know that people voted for Trump for a change (although I am positive that a certain percentage voted for him because they're biased enough to never vote for a woman - hey, I have run across people who think that, sad to say). However, the automakers will never go back to the heyday of incredible salary and golden medical benefits.Nope, the union folk will have to realize no one will pay for it. Coal mining? Extremely debtable. It will happen if someone wants to risk to investment, and who will want to risk that kind of money for a short-term risky investment, when natural gas is so cheap? (and if Trump gets his way, he'll sell off federal land to be dug up, drilled into, and injected with wastewater). The environment is not going to do well under his regime. And I work in the finance industry and there were a lot of happy faces as they expect him to deregulate everything, so we can go back to 2008. Yeah, that worked out well for everyone. As for folks saying trump will be great because he's a businessman didn't look to the huge picture; a man who runs his own empire can do whatever the hell he wants, a president cannot. Businessmen are also the main reason for outsourcing. Perhaps the gov't enabled them with globalization, but buisnessmen will do whatever they want to make shareholders happy and make money, and that includes laying off employees/offshoring. For years (BEFORE globalization) I watched them hire high-priced contractors because they didn't have to pay them benefits/retirement.

Sigh, very disillusioned with the US right now and how trump's idea of protectionism/isolationist is going to harm us (and others) in the long run. It's like living in a neighborhood and telling your neighbors to go away and don't bother me, and no, I won't lend you a rake or help you clean up after a storm. Well, tit for tat, no one will help US if we get in a bind because why should they.  I feel like I'm now living in some warped dystopian bad tv movie. Blech.

On the plus side, Hallmark is showing lots of sugary Christmas movies, so I can escape reality there.

Found out about Shin Godzilla (or Godzilla: Resurgence as it's been termed in the US) being out for a mere two weeks, if that, from a friend on Twitter. Had to wait till it got closer to find out if one of the 400 theaters showing it was within driving distance, and it was! So my friend and I ordered tix through Fandago (costs a little more) because well, very limited run and we weren't sure of the attendance. We got to the movie early and there was one guy in theater thumbing through his smartphone. At about 30 minutes till the movie started, people started filing in. I'd say the theater was 90% full by the time the movie began, and we had no trailers, since this was limited run and a studio wasn't presenting it. @Funimation, who had a panel at New York Comic Con last weekend, put together the distribution deal.

Now, the first Godzilla from ye olden B&W days, rampaged through and stomped on Tokyo but slowly became more of a he's going to battle some other monster, or save us humans from another monster. This Godzilla? Bad-ass is what probaby best describes him. 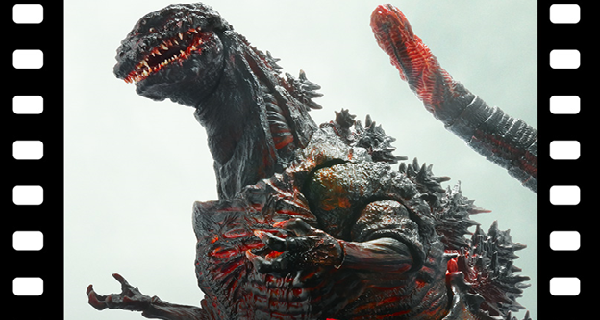 I mean, yeah, all that red (which he had) and those hands/claws were creepy as were the really evil pointed teeth. He just stomped his way through Japan, and when the humans attacked? Well, let's say Tokyo is in need of a LOT of urban renewal. And the tail. You have to watch the movie to know all about his tail.

If you're a Godzilla fan, go and see it! It's finished on October 18th. The film is subtitled in English. Takes a while to get used to as there's a lot of rapid talking around meetings in the beginning.

This year, we managed to get Friday and Saturday tickets. Kept trying for 3-day or 4-day but it was impossible to obtain, so.... at least this year, no train breakdowns or disasters that ate up travel time. I'd leave house at 5:30am and get back at 10:30pm and then repeated it the next day. Don't know if I could have done that for a third day. Most of my time was spent walking. Took just under three hours to go through entire dealers room and the 'Block' (more artist dealers). Took two days to get into ARtists Alley to peruse their wares. It was PACKED. I think a lot more people were there, despite farming off many panels to Madison Square Garden, and two other off-site venues, which sorta sucked as if you went to those, they were first-come, first-serve, so you lose out on the Javits experience.

Took a ton of pictures, and instead of posting one or two here, below are the links:

It was fun, despite the crowds. On Saturday, of course, it rained when we left. Got a bit wet but another fan gave me and friend disposable ponchos. Thanks! I was also sitting in fold-down seat on double-decker buses they used for transport. At one point, I stood up to look around corner, then sat down, but the seat had flipped down so I nearly hit the floor. Recovered quickly and popped back up, with other fans going "OMG, are you okay?" while my friend laughed. Guess those squats I've been practicing helped!

Met two other friends while there, and one sat at table right next to mine in main concourse, looked up and saw me and called my name. It was so weird, but otherwise, it's impossible to connect due to immenseness of venue and crowds.
Collapse