I’ve done up a transcript of the questions answered, plus included a bunch of screencaps. See the pretty picture below? Well, the streaming video sucked in comparison, so I’m warning you now that the picture quality is substandard. Sigh.

(Clip from “Return” of Sheppard coming into SGC with puddlejumper) 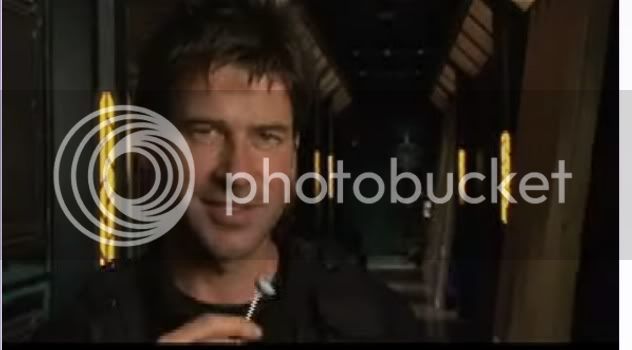 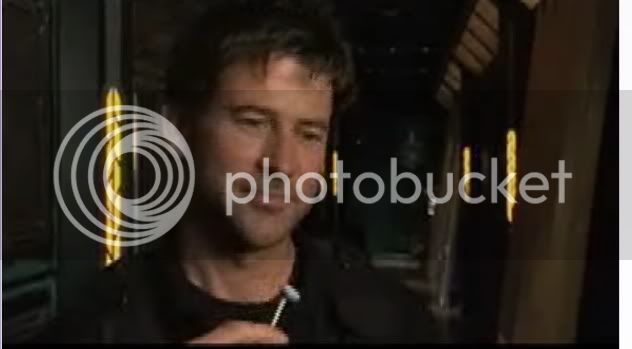 Joe Flanigan is waiting for the crew/interviewers to get stuff together, so they’re just shooting the breeze while Joe sucks on a lollipop. Something’s funny, and then Joe says “Well, David Hewlett would say something like this.” And they show a clip from the beginning of ‘Epiphany’ as Sheppard gets sucked into the field.

PFYRE: How much of your original story concept ended up in the episode Epiphany?

Joe: Hi Pfyre. Good question. Totally different. I pitched an idea where Rodney and I go back – we find a planet and uh, we are bestowed all these great powers and we’re given all this treasure and we’re really lapping it up and we’ve consequently been kind of corrupted by our new powers and we have little nubiles running around and everything else. That was the story I pitched. I thought it would be great to do the man who would be king, and I was met with the answer which was the answer I get a lot when I pitch a story is ‘we’ve already done that on SG1.’ (shows clip from “The Man Who Would Be King” then some clips from ‘Epiphany’) So the story started morphing into all these different places until it really became… unrecognizable (laughs) I thought. I take almost no credit for ‘Epiphany’. I have no idea where we ended up with that. And I didn’t write the screenplay. It’s actually not really one of my favorite episodes. My connection with ‘Epiphany’ is kind of tenuous, as a writer, or a story person, editor, thing, whatever they call me at the Guild. I just pay my dues, that’s all I know.  (ends with clip of Sheppard being beaten up by monster in ‘Epiphany’) 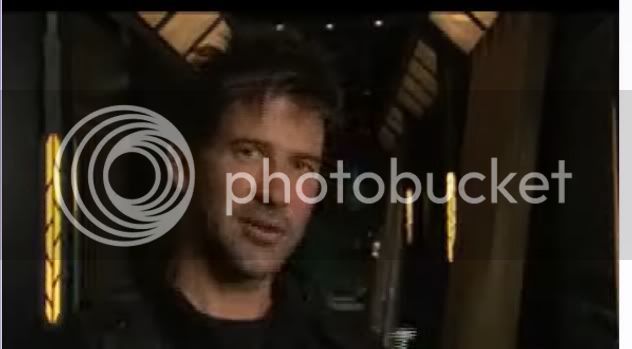 (clip from ‘Travelers’ where Sheppard gets up after being stunned)

JEDI40: Ever gotten hurt doing your own stunts? If so, what did you hurt?

Joe: Well, Jedi40, um, I have- I’ve been knocked around and beat up a little on the stunts but not anything very serious. I actually haven’t been hurt too badly. (clip of bad guy beating up on Sheppard in ‘Travelers’). You oughta talk to Jason Momoa. Jason always seems to hurt himself. He’s kind of a klutz. A good looking guy, bit of a klutz. (a couple clips of Jason from ‘Phantoms’ and then ‘Submersion’, getting beaten up by Teyla). I did get hit once in um, in the head, right here (indicates above right eyebrow) by none other than Jason Momoa, actually. (stick fighting scene between Ronon and Sheppard where Sheppard gets dinged right there) and I had a pretty good cherry there, so we shot from the other side, but no, other than that, I’m in pretty good shape. (clip of Ronon and Sheppard fighting, Sheppard gets clonked on head, Ronon looks at McKay and goes ‘by accident… sorta) looking at Sheppard, who’s holding towel to head, going ‘that’s going to need stitches’. Then segue to a clip of Keller looking at Sheppard and going ‘you’re fine’ and Sheppard says ‘no stitches?’) 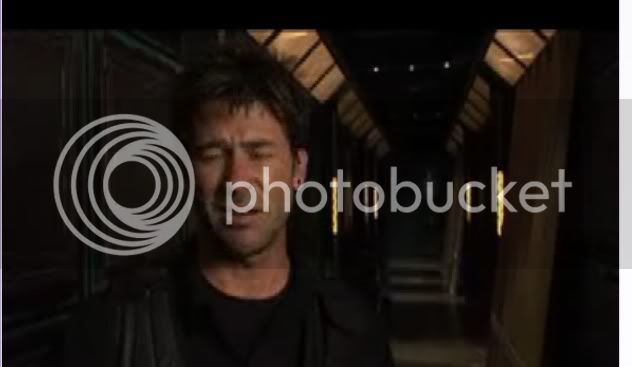 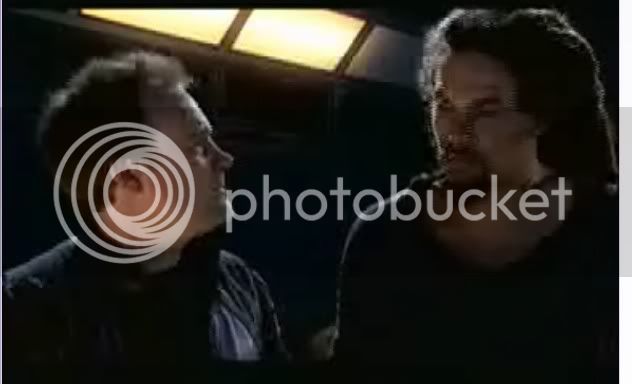 Joe waves lollipop at camera and says “I started this lollipop for a scene I just did a little while ago and actually I haven’t been able to take it out of my mouth. It’s addictive, it’s like one of those little sweet tarts. Excuse me.”

(clip of wormhole travel and then Sheppard arriving in Atlantis)

PHENIX00: If you could travel back in time where would you like to go? And where do you think Colonel Sheppard would like to go?

Joe: Hi Phenix00, interesting question. If I could travel back in time – I haven’t had time to think about this – this is like off the cuff. See if I actually sat down and thought about it, I’d probably have even a harder time deciding as there’s a million times and places I’d like to go back to. I think one of the most interesting times to go back to would be during the days of the Conquistadors. I think that would be pretty cool. Everything was so alien back then (clip from “Siege” of Sheppard in room with universe on ceiling). After that, when we started mapping out the world, I think that the risks were more calculated and you kind of knew what you were getting into. But I think those guys didn’t and I think it’s a pretty interesting time. I see Sheppard going back to the early days of space travel. I think that’s what he’d do. Probably be part of the right stuff group. I think that’s what Sheppard would be like, so that’s my answer. Good question.

(ends with clip of Ronon knocking Sheppard flat on his butt from stick fighting scene, then saying ‘I could do this all day,’ helping Sheppard up and then Sheppard smacking him in the arm going ‘hurts, doesn’t it?’)

Other transcripts can be found at