And another MediaWest*Con has gone by, and unless finances/real life interfere, we plan to do 2016 as well.

After last year’s horridly long Amtrak trip, I flew. Took the cheapest one I could find that fit my schedule, so I ended up with Delta, who changed my flight times at least four times. Oh joy. And I flew from LaGuardia to Detroit, then Detroit to Lansing; on the return went from Lansing to Minneapolis and Minneapolis to JFK. Hadn’t been to Minnesota so decided, why not? Nice airport! Lansing was nice too, LGA pretty decent, but JFK just spits you out of plane, funnels you to luggage and out on sidewalk, where everybody instantly lights up a cigarette. Water/coffee were decent prices but across the board food was average $10.

The con was low-key; not sure of attendance but less than in years past, I think.  However, ran into a bunch of people I knew so that was good. Attended a couple Person of Interest panels (where I discovered that POI has been sold into exclusive syndication on WGN, a channel which of course Cablevision does NOT carry. Grrrr.) Got to the pool almost every day and the Jacuzzi. I think I was one of a few fans who actually went into the pool, as well, we’re all in the AARP age category now. Walkers and canes abounded, and over-50 discount at Denny’s!

Fell off my eat-good diet, so had fried fish and mac’n’cheese at Cracker Barrel, pancakes & eggs at Denny’s, Mudslide at Finley’s, followed hours later by strawberry shake from Steak ‘N Shake (not a good idea, as I found out later, burp), donuts (oh my gosh, the selection in the con suite was astounding!), mini desserts at Finley’s (hot fudge sundae, strawberry cheesecake), oh, a berry crumble with ice cream from Cracker Barrel. And Chinese food at a place in Minneapolis airport. Sure that was calorie-laden!

Didn’t buy much at the con as I’m not into fanzines at the moment (too much reality) but did get a great squirrel t-shirt courtesy of a friend, a squirrel mug and shot glass from Minneapolis airport (that shop was dangerous to my wallet and if I hadn’t been doing ONLY carry-on, I would have bought more!). Did get a nice Dalek necklace, and some cat pins, which I really can’t use until winter when I wear something to pin them to. And friend gave me great little Indiana shotglass. Love humorous shotglasses. Found a mini Godzilla bag (only one, alas) that goes well with the Godzilla robe my brother brought me from Tokyo (the Godzilla hotel).

Did do a door decoration on the fly. Printed photos with no idea what it would be about, and decided after a mudslide and lack of sleep to do healthcare in the Pegasus Galaxy, subjecting the Stargate Atlantis crew to the new healthcare mandates ;)

Oh, there were furries at the convention! Only two, but hopefully more next year as the two I saw were fun!

And that’s it for this year.

Came home, next day mowed lawn (um, could not see squirrels!), did wash (luckily caught it before darks and whites run together), and went to work on Thursday. Think it was that day or Friday night when it POURED 4 inches in about half an hour and I had to wetvac for two hours. No fun.
Some photos from the trip… 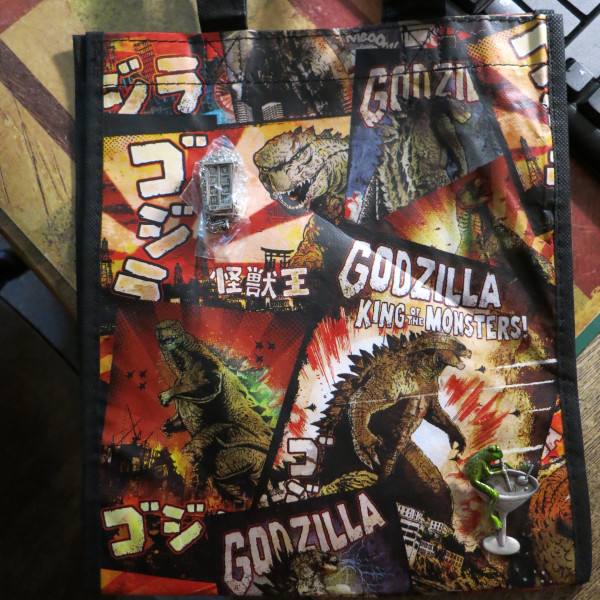 Godzilla bag, plus on top of it - frog in drink pin :) 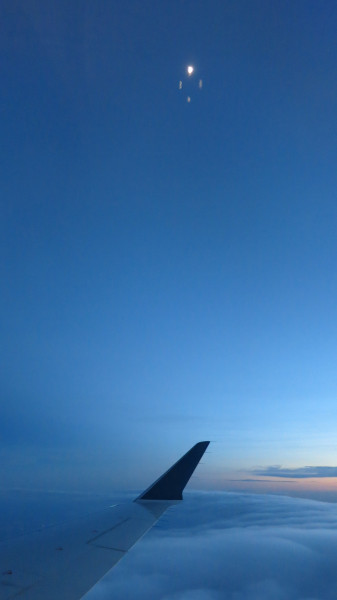 Sky-shark. It actually came out clearer in the picture. Looked like a shark fin cutting through the clouds. 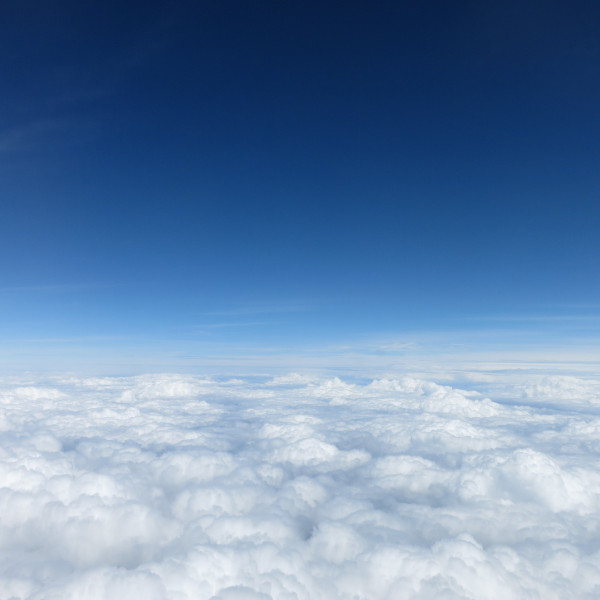 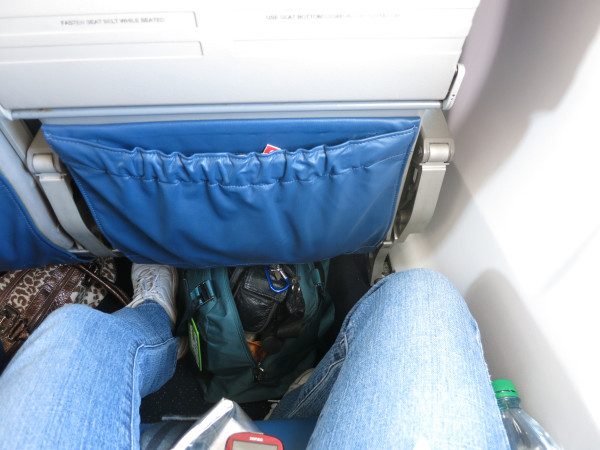 Yeah, plane seats (Bombardier 900 or something) is pretty tight. Made me think of sardine cane, but managed to get carryon suitcase (9x14x22) and bag (slightly smaller) in overhead and under-seat places. Geez, no room for both feet. 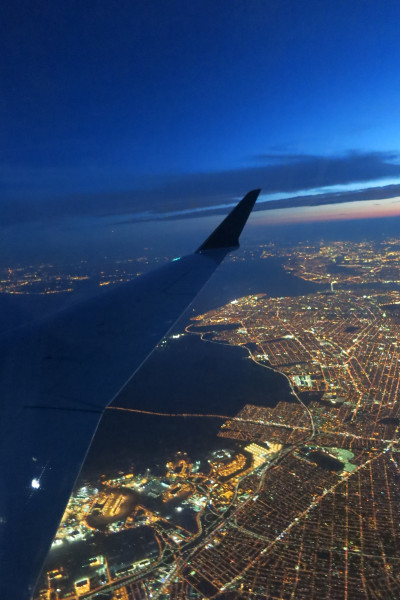 View at night on way back into tri-state area. 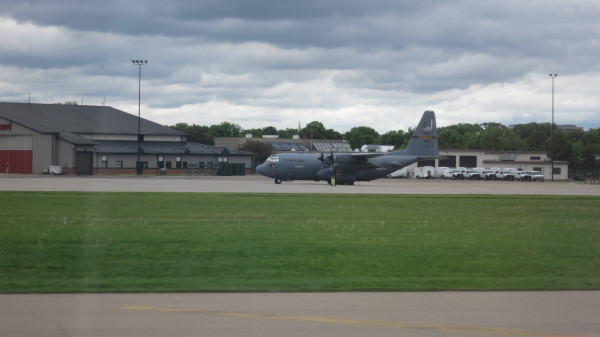 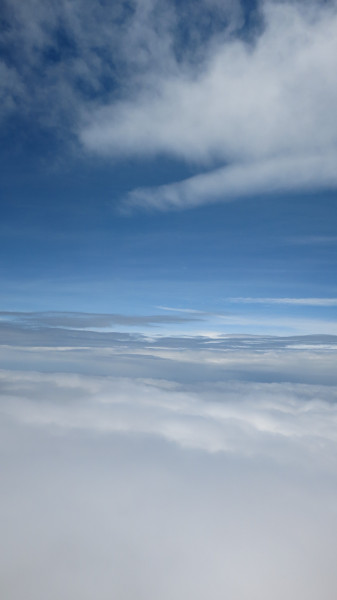 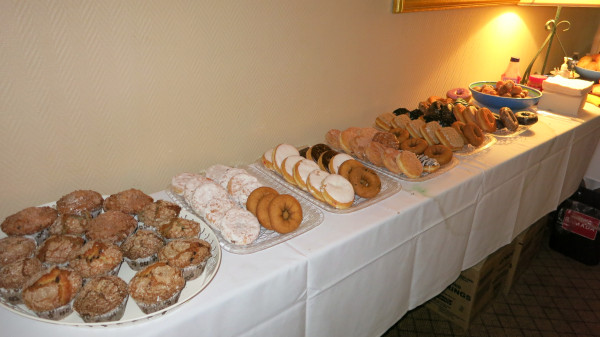 Donuts in the con suite. Just a few. 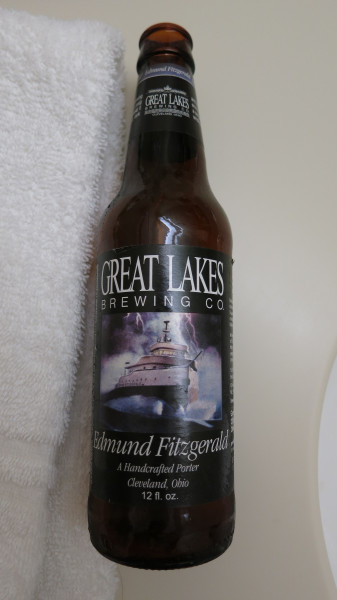 The Edmund Fitzgerald beer. Looked cool but was too ‘stout’ for me and friend. Nope, it’s raspberry vodka for me! 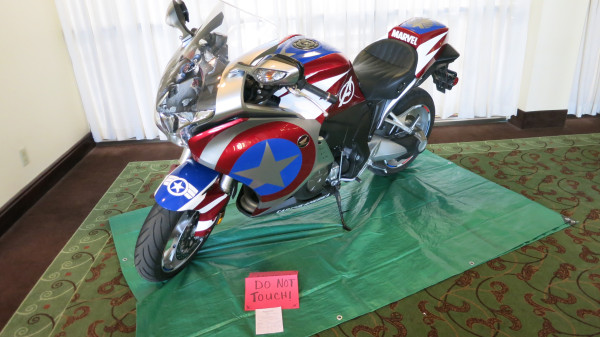 Part of a door decoration. A Captain America motorcycle that was parked in the lobby. I put an Art Auction slip underneath it and the bids were funny. 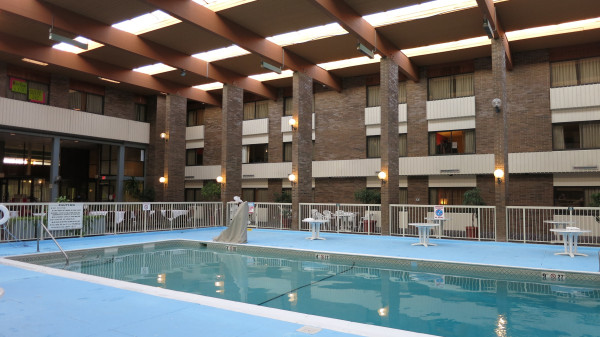 The pool. My room is on 2nd floor, upper left. 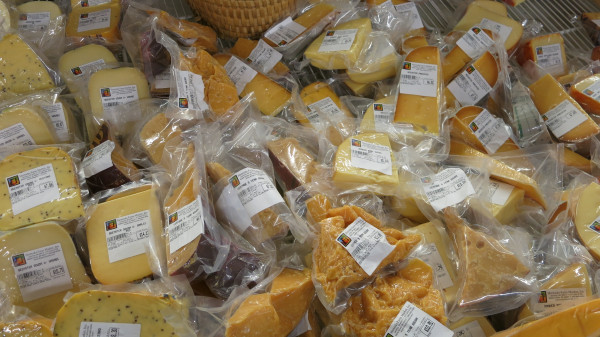 CHEESE! Just one of four huge bins of cheese at Horrocks, a market across the street from the hotel. 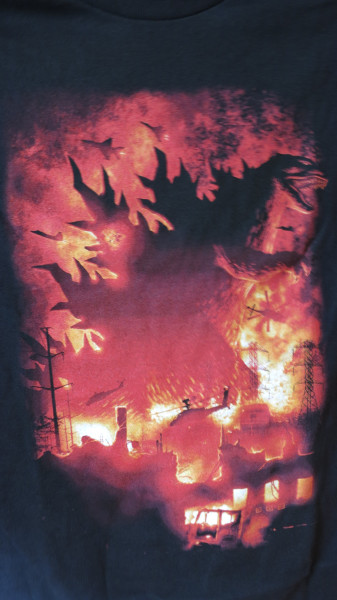 OMG, I want this shirt. Tokyo Burns, or something like that, which friend got off Tee Fury. That’ll teach me not to read all their emails. Darn. My “Claws” t-shirt, which I wore on the last day, and the stewardess on the first Delta flight loved it. 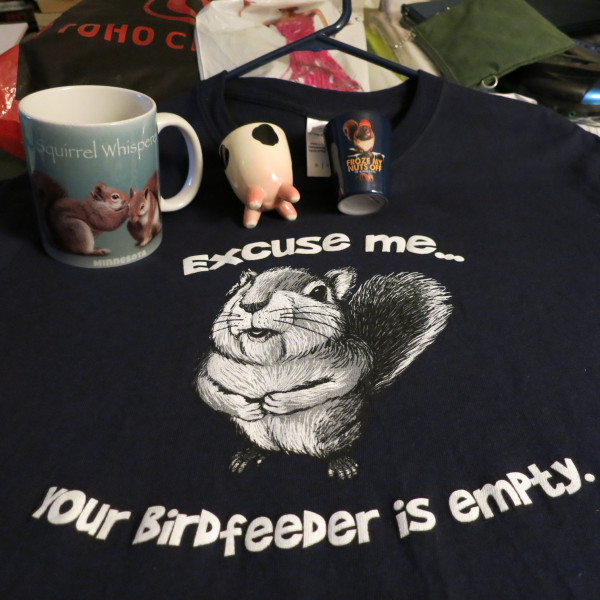 The storm clouds gather, before 4 inches of rain came down.
Tags: mediawestcon
Subscribe